I wouldn’t have known about the art installation by Mark Dion at St. Ives’ Porthmeor Studios, if my partner, Sarah, and I hadn’t fallen into conversation with the invigilator in the small gallery at Tate St.Ives currently housing work by Rana Begum under the title, A Conversation with Light and Form – and which in itself we’d only stumbled on by chance, moving between the rooms showing work from the Tate’s permanent collection and the current exhibition devoted to Patrick Heron.

Begum is interested in the interplay of colour and light and the effects of repetition; in taking the everyday and presenting it in such as way as to encourage us to look at it afresh. Here, acknowledging that St. Ives was a fishing village long before it became primarily a holiday destination [the story of Cornwall writ small] she has taken two of the staples of the fishing industry – nets and floats – and ‘remade’ them. Nets, painted in a variety of colours – red, green and blue – hang, overlapping, from one wall; plaster moulds in different shapes and sizes, the size and shape of floats, are arrayed together on  a stand. The ordinary made art for us to take pleasure in and enjoy, while pointing up its original form and function. From artefact to art and back again. 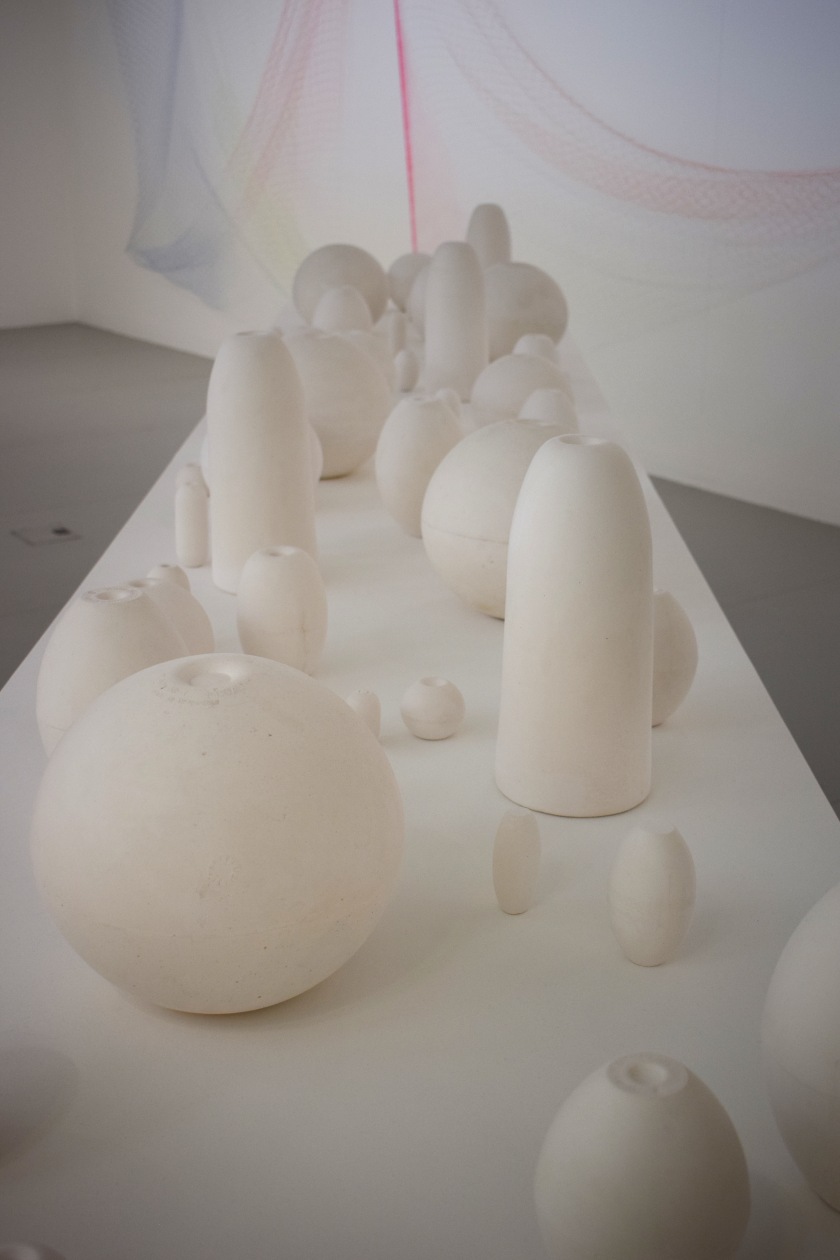 Having talked very interestingly about Begum’s work and how it was made, the invigilator mentioned, almost as an afterthought, an installation by Mark Dion just a short walk away that we might be interested in. Only open to the public one day a week, he thought. Maybe Wednesdays? So it proved. Wednesdays from 10.00am.

Dion is an American artist who is also interested in the everyday; in his case, specifically, the way knowledge – history – is collected and presented; interested in the process as well as the finished presentation or display. In 1999, for instance, to coincide with the opening of Tate Modern, he used volunteers to comb the shores of the Thames outside Tate Modern and Tate Britain for whatever objects and fragments of objects they could find; these were then cleaned, as far as possible identified, and finally placed on display, together with flow charts and photographs, in a large glass-fronted mahogany cabinet.

During his time in St, Ives, Dion, like Begum, found his inspiration, to a large degree, in the artefacts and livelihood of fishing; more specifically, with relation to Porthmeor Studios, in the harmonious ways in which the working fishermen and working artists have come to occupy the same space. Originally built for the pilchard industry, fishermen still use part of the building for storing gear and setting nets, while much of the rest was converted into artists’ studios which have been home to the likes of Ben Nicholson, Wilhelmina Barns-Graham and Patrick Heron.

Commissioned to make a work which would mark the completion of the restoration of the Studios, Dion followed his normal practice, using a group of students from Falmouth University, to source as many artefacts from the local fishing industry as possible; these Dion carefully arranged on one side of one of the cellars below the building, with artists’ tools and paraphernalia on the other.  The resulting work, The Maritime Artist, remains on display and is well worth seeing – but remember, on Wednesdays only, after 10.00am. 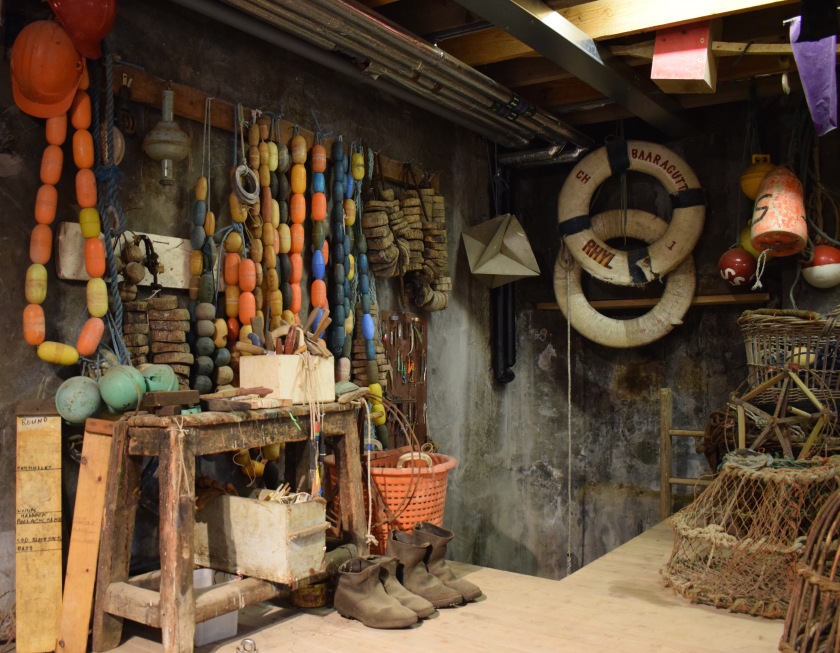 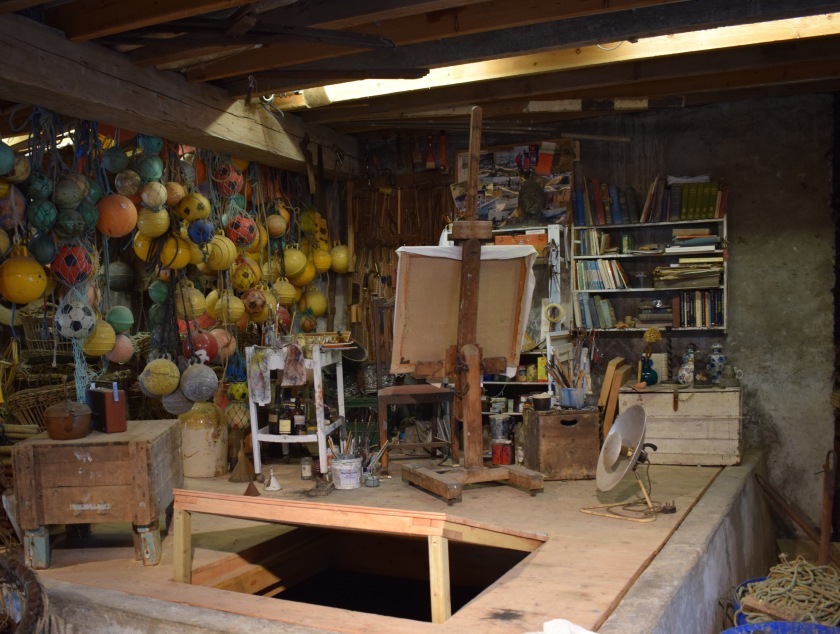 NB There’s a fascinating exhibition of Rana Begum’s work in the Djanogly Gallery at Lakeside Arts Centre, Nottingham, until the end of September.