Okay, here’s the thing. Back in 1999, when Slow Dancer Press was both still in its prime yet about to fold, we published, for the first time in this country, James Schuyler’s Last Poems. Schuyler, along with John Ashbury, Frank O’Hara and Kenneth Koch, was one of the New York Poets – perhaps the least well known but far from the least. As Ashbery himself said, “Schuyler is simply the best we have.”

I won’t pretend that Last Poems contains his absolutely best work – that, I think, would be found in The Morning of the Poem from 1980. But what there is here is enough to give a strong sense of the keenness of his observation, the delicacy and precision of his style and the breadth of his interests, ranging from the jazz singer Mildred Bailey to the lives of birds, the glories of roses, the shifts and sorrows of the seasons.

Along with Schuyler’s poems [and yet another of Jamie Keenan’s wonderful cover designs] the book includes a six page Afterword by another fine poet, Lee Harwood, in which he writes about Schuyler’s work with affectionate understanding, and which would be worth the price of the book itself. If you were paying for it, which, in this instance, you’re not.

I’ve got a half dozen (or so) copies to give away in celebration of National Poetry Day – and because they should be being read, not gathering dust on my shelf. Just email me at john@mellotone.co.uk with your mailing address and I’ll send you one by return. Can’t say fairer than that. 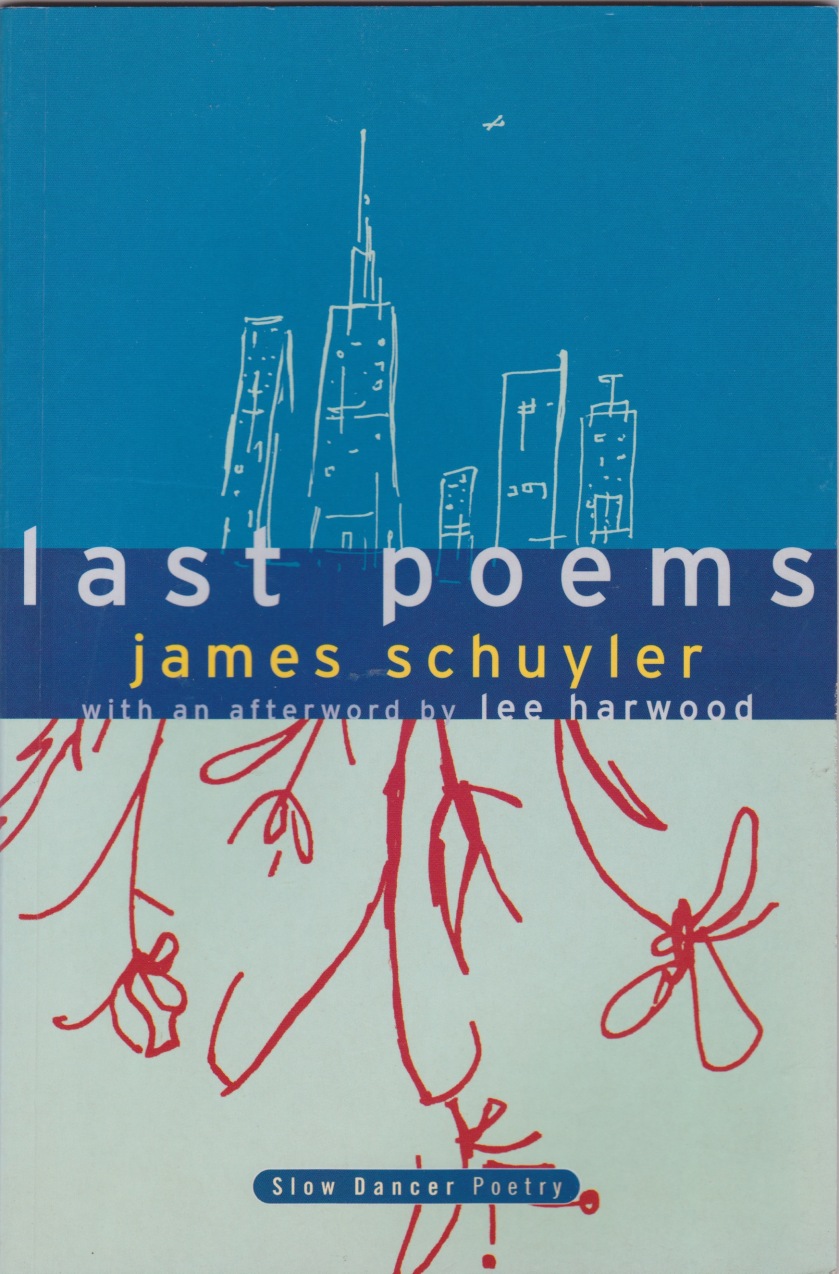