Jazz Steps is the name under which jazz has been promoted in Nottingham – city and county – for some 20 years, and now there’s a book, nicely produced and copiously illustrated – The Jazz Steps Story – which tells of the development of the organisation and the people behind it, as well as chronicling the many and varied gigs that have taken place under its guidance.

More than that, it also tells the story of live jazz in Nottingham from the Nottingham Rhythm Club, founded in the early 40s, and the Dancing Slipper – which featured a goodly number visiting American jazz players with top British bands throughout the 60s & 70s – to Limelight Club evenings in the Nottingham Playhouse bar, which was where I first read in a poetry & jazz session with the fine little band that were then called, rather cheekily, the MJQ, or Midlands Jazz Quartet. With just a few changes of personnel and several changes of name – from the MJQ to Second Nature to Blue Territory – that was the same group I would be happy to read with on occasion for another 20-plus years. 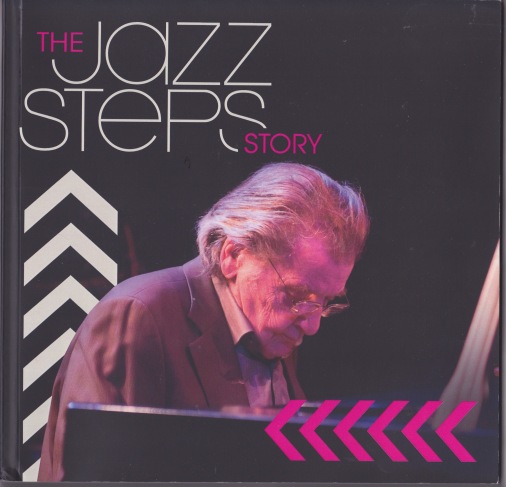 The book costs £15 and is available at Jazz Steps gigs and Notts libraries, or from the Jazz Steps web site

Here’s a little taster from my Foreword …

Anyone with even a passing acquaintance with the Charlie Resnick novels or, for that matter, the short stories, will know that the connection between Resnick, jazz and Nottingham is a strong one. Following, more or less, in my footsteps, Charlie would have had his first taste of local jazz Sunday lunchtimes in The Bell, closely followed by evenings at the Dancing Slipper in West Bridgford or at Bill Kinnell’s short-lived Gallery club in Mapperley.

Then there was the Old Vic and, on one night I particularly remember, Charlie Parker’s old sparring partner Red Rodney was up on stage with Pete King, the two of them, alto and trumpet, sailing through the fast and intricate lines of Bird’s bebop tunes as if they had been playing together half their lives. 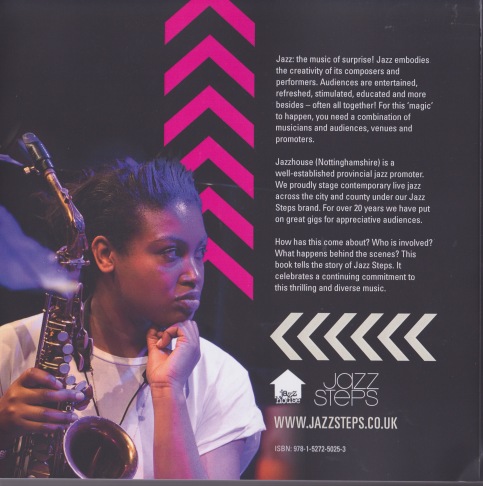