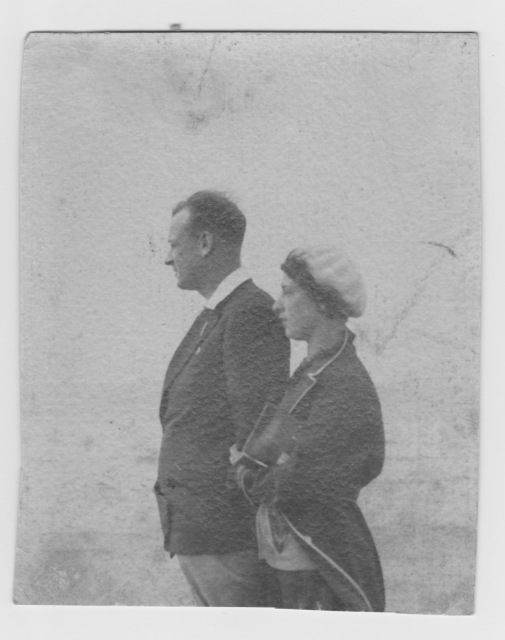 My parents, Tom and Helen – Thomas Herbert Harvey and Helen Barton White – were married in the St. Pancras Registrar’s Office, Highgate Road, London, on the 29th of August, 1936; the marriage, as the certificate testifies, being solemnized in the presence of their mothers, Alice Harvey and Louise Barton White. My father’s father – no knowing if he were present or not – is listed as John James Harvey, Railway Engine Driver, and my mother’s father as John Barton White, Dramatic Author (deceased).

The certificate gives my father’s occupation as a commercial clerk, but lists my mother as a spinster without rank or profession, whereas I had always believed that she would already have been employed at Leonard’s, the dress shop in Kentish Town where she worked, initially as a salesgirl and later manager and buyer, until ill health finally forced her to retire. And there is one other anomaly, though it would not have been evident at the time: my father’s age is given as 30, my mother’s as 32, when she was, in fact, 35, the true date of her birth, 1901, not coming to light until she died.

In those early years of their marriage, the years before the war, it seems they went on holiday to the Continent – as they would have called it – on more than one occasion, beginning with a honeymoon in Ostend, on the Belgian coast, which is where, I believe, this photograph was taken.

The swimsuit he’d been wearing earlier,
my father, a single strap draped,
Johnny Weissmuller style, over one shoulder,
set aside now in favour of pale slacks,
white shirt, collar splayed open
across the lapels of his blazer;
sitting a little self-consciously
alongside my mother, smart
in her polka-dot dress, white shoes;
the two of them staring back at the camera,
that picture the beach photographer
will display proudly later in his window.

The first time he’d set eyes on my mother,
she’d been standing close against the piano,
perfectly still,her voice small and clear
yet somehow distant, disarming;
the way, as the last notes faded,
silence seemed to fold about her …

Now she sits with her arm resting
on the check tablecloth, her hand
close to his but not quite touching;
the café doors behind them open,
waiter hovering, a tune somewhere playing.
the world waiting …

Those carefree days before the war.