Watching Ronnie’s, Oliver Murray’s excellent documentary about Ronnie Scott and the club that bears his name, my mind, inevitably, ran back over the many evenings spent there, some blurred by time, others, like a particular evening when Ronnie himself was playing – and playing beautifully – I remember more clearly. Here’s Charlie Resnick sharing that memory in the novel, Living Proof.

Betty Carter was singing ‘Body and Soul’ on the car stereo as he drove, mingling the words and tune with those of a second, similar song, so that the final, climactic chorus seemed forever delayed, but that wasn’t it. Not exactly. More confusing still, the words of yet another song were worrying away at some part of Resnick’s mind.
‘Send in the Clowns’.
He had heard Betty Carter live just once. A rare trip to London, a weekend in early spring, and she had been at Ronnie Scott’s. A striking black woman, not beautiful, not young; warm and confident, good-humoured, talking to the audience between numbers with that slight slow-business bonhomie that set Resnick’s teeth painfully on edge. But when she sang … He remembered ‘But Beautiful’, ‘What’s New?’, the way she would move around the stage with the microphone, her body bending to the shapes of the words with a combination of feeling and control that was unsurpassable.
Scott himself, nose like a hawk and gimlet-eyed, his sixty-odd years showing only where the skin hung thinly at his neck, had been leading his quartet through the support slots on the same evening. Tenor saxophone, piano, bass and drums. After several rousing numbers, Scott had played a two-chorus version of Sondheim’s ‘Send in the Clowns’, almost straight, bass and drums dropping out, the tone of his saxophone ravishing and hard, one of the best ballad performances Resnick had ever heard, silencing the club and striking him straight to the heart.

When the book was published, I sent a copy to Ronnie Scott, along with a tape (!) on which I read some of my poems with accompaniment by the band, Second Nature. Here’s his reply …

A swift return to the first Resnick story, the opening section of which is reprinted in the previous blog … and here comes the ending. Don’t worry if you still have the whole thing to read and want to avoid spoiling the denouement, the final surprise. There is no surprise. “They’re all dying, Charlie,” is how the story begins and that’s how it ends. How most stories end, I suppose.

The maitre d’ at Ronnie Scott’s had trouble seating Resnick because he was stubbornly on his own; finally he slipped him into one of the raised tables at the side, next to a woman who was drinking copious amounts of mineral water and doing her knitting. Spike Robinson was on the stand, stooped and somewhat fragile- looking, Ed Silver’s contemporary, more or less. A little bit of Stan Getz, a lot of Lester Young, Robinson himself had been one of Resnick’s favourite tenor players for quite a while. There was an album of Gershwin tunes that found its way on to the record player an awful lot.

Now Resnick are spaghetti and measured out his beer and listened as Robinson took the tune of ‘I Should Care’ between his teeth and worried at it like a terrier with a favourite ball. At the end of the number, he stepped back to the microphone.”I’d like to dedicate this final tune of the set to the memory of Ed Silver, a very fine jazz musician who this week passed away. Charlie Parker’s ‘Now’s the Time’.

And when it was over and the musicians had departed backstage and Ronnie Scott himself was standing there encouraging the applause – “Spike Robinson, ladies and gentlemen, Spike Robinson”- Resnick blew his nose and raised his glass and continued to sit there with the tears drying on his face. Seven minutes past eleven, near as made no difference.

That Gershwin album – The Gershwin Collection – was used as background in a number of scenes in the television version of the first Resnick novel, Lonely Hearts, one of the two in which Tom Wilkinson played Charlie. [And before you start asking, neither Lonely Hearts nor Rough Treatment are commercially available and the BBC have no plans, apparently, to repeat them. Please don’t ask me why because I don’t know.]

Towards the end of the 1990s, I booked the 100 Club in London’s Oxford Street for a Slow Dancer Press publication party and booked Spike Robinson as the evening’s featured guest, sitting in with the Nottingham-based band, Second Nature, in place of their leader, Mel Thorpe. And so came to pass one of my proudest moments, when I got to climb up on stage, take the microphone, and say, “Spike Robinson, ladies and gentlemen, Spike Robinson.”

Spike Robinson died of a heart attack just a few years later, at the age of 71.

My friend Tony Burns, whose band played opposite Second Nature on that occasion, died in 2013 at the age of 72. 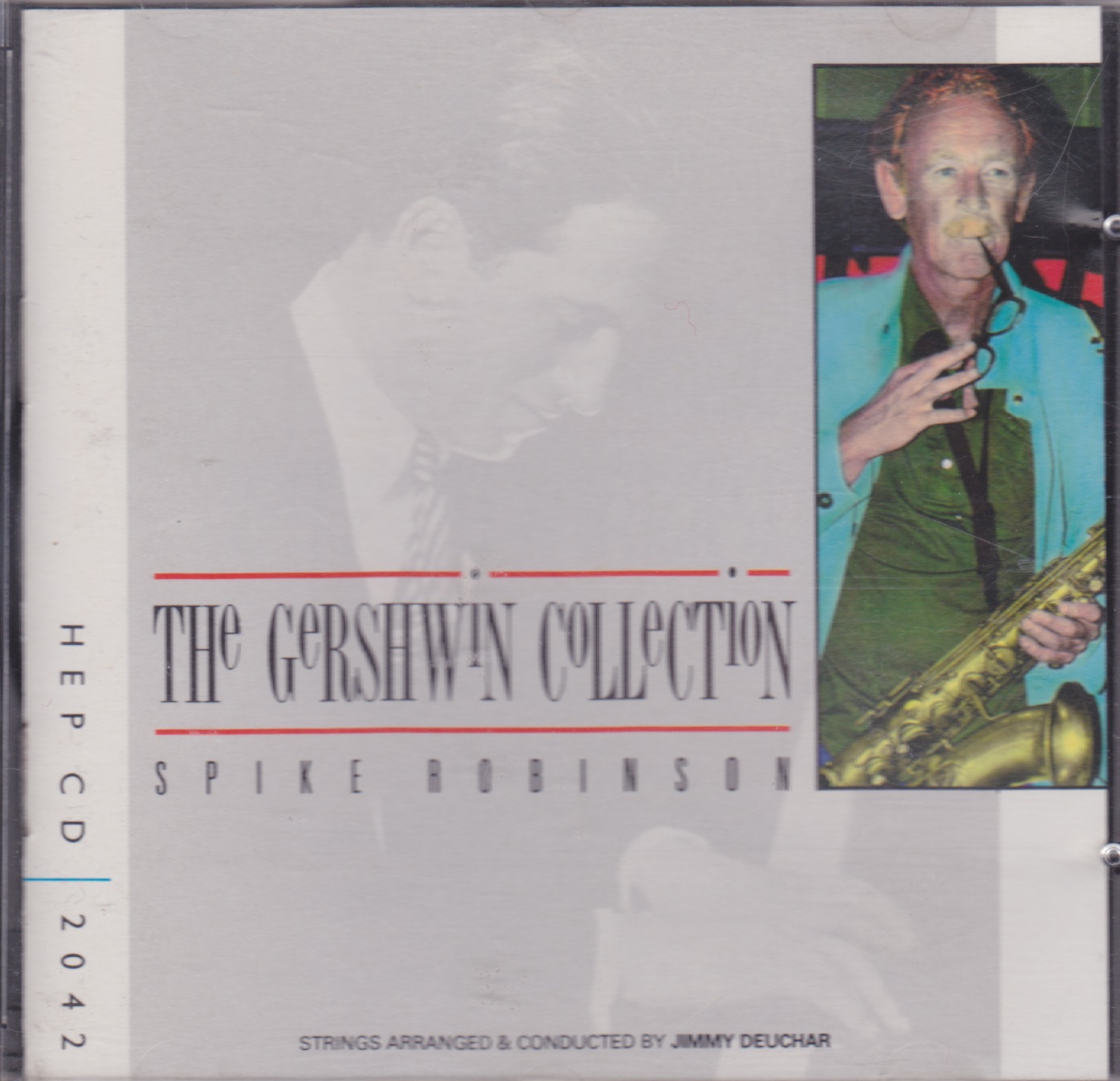